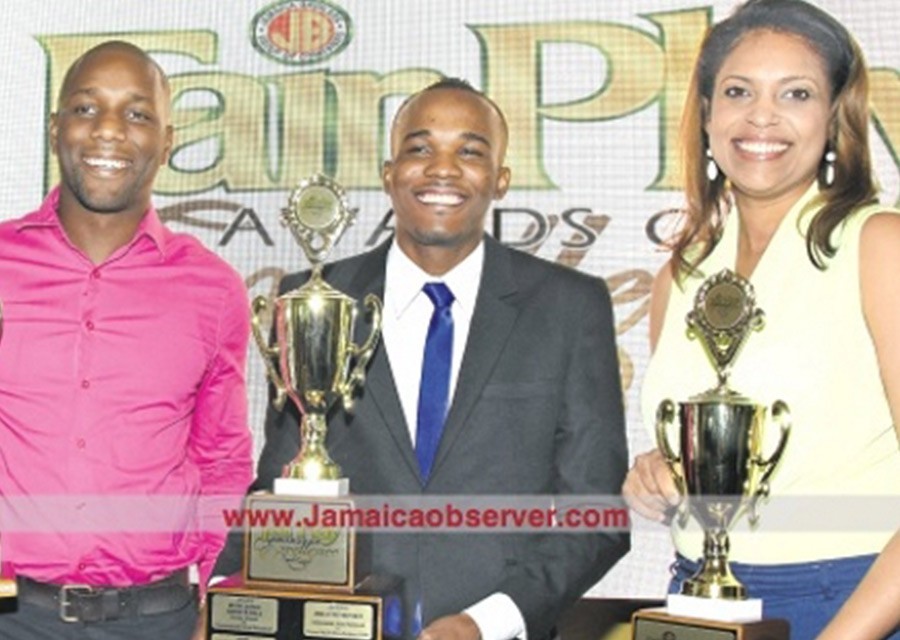 NATIONWIDE News Network’s Abka Fitz-Henley was yesterday selected as this year’s overall winner of the Jamaica Broilers (JB) Group Fair Play Awards of Excellence 2015/2016 for his coverage of the bacterial infection that resulted in the deaths of over 17 babies at the University Hospital of the West Indies (UHWI) in October last year.

The wining entry was the sole radio piece submitted for consideration.

Fitz-Henley’s entry, entitled ‘Mystery Bug is Killing Babies at UHWI’, was selected as a winner from a pool of 21 entries that were qualified for the award.

“It was a difficult investigation because I came under a lot of pressure to what was referred to as the ‘dead babies scandal’, but … my commitment and zeal have always been to make our country a better place and I should place on record that, that was really the motivation of this piece,” Fitz-Henley told attendees gathered at the Terra Nova All-Suite Hotel in Kingston yesterday morning for the awards ceremony.

Fitz-Henley indicated that while he would use part of his $500,000 cash prize to take care of members of his team, he would also be donating $50,000 to Food for the Poor to aid relief efforts in Haiti who was recently struck by Hurricane Matthew.

The second place winner was Zahra Burton and her team from 18 degrees North for their television entry, “Big House and the Questions that Arise”, which examined the issues surrounding then recently elected prime minister, Andrew Holness’ construction of his Beverley Hills home. The entry, which was aired in May of this year on

TVJ’s Archibald Gordon along with his team walked away with the third place award for their television entry entitled, “Scammed”, which was aired in August of this year. The entry, which looked at the effects of the local lotto scamming operations on elderly victims abroad, received a cash prize of $200,000.

President and CEO of the Jamaica Broilers Group Christopher Levy stated in his remarks that the JB Group enjoyed staging the event and that over the years the quality of entries has seen notable improvements.

Chief judge and outgoing chairman of the Broadcasting Commission, Professor Hopeton Dunn, told attendees that the competition this year attracted 26 entries, five of which had to be disqualified for non-compliance to the rules of the competition.

“We again remind practitioners and media houses of the rule that each entry must consist of at least a three-part media report in radio, television or print. The basis of that requirement is an encouragement to practitioners to complete more substantial reporting than a single item, however well done,” Dunn stated in the judges’ report.

He said as a result, the judges ended up with 21 compliant entries, which by virtue of the three-part rule meant that at least 63 pieces of work were reviewed. He said that while this was down from the 90 items drawn from last year’s 30 entries, it was reassuring as in some media formats, the fewer entries were of a higher standard.

Dunn noted that the seven entries from the electronic media were mostly competitive and the top ones provided the judges with a challenging time in determining placement. However, only six of the seven entries were for television and highlighting this imbalance, Dunn said the judges are reminding practitioners that radio remains a medium capable of making a great impact on the knowledge and lives of citizens and so they are encouraging more radio entries.