Shaw sparkles at Denbigh 67 launch a week before 67th birthday 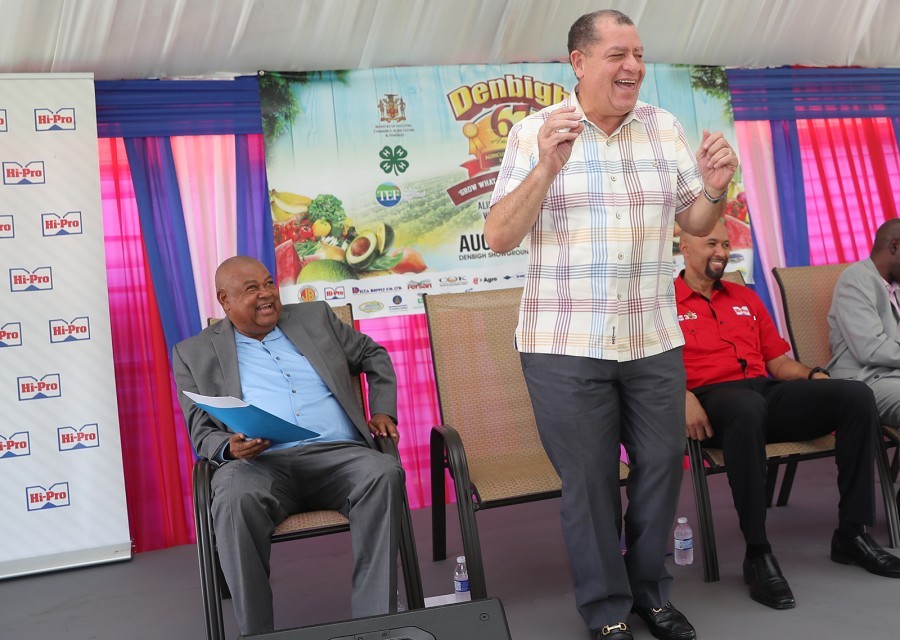 Diverting totally from his prepared speech for the occasion in keeping with the light-hearted and engaging event up to that point, Industry, Commerce, Agriculture and Fisheries Minister, Audley Shaw, on Wednesday took an unusual approach to the task of launching the 67th staging of the Denbigh Agricultural, Industrial and Food Show at Hi-Pro Ace Supercentre in White Marl, St Catherine.

In promptly indicating to the gathering that “Denbigh and I have something in common,” the minister advised that next week he will be celebrating his 67th birthday.

In advising that he was once the national president of the Jamaica 4-H Clubs, the youth, vocational arm of the agricultural sector, Shaw reminisced on aspects of his youthful days that were close to agriculture, which he said he has held dear throughout his life.

Ahead of actually being prompted to tantalise the audience with an inspirational rendition of a traditional family song, he kept things pretty light outside of a few housekeeping matters. These included the challenges in the local sugar industry generally, especially at the Monymusk Sugar Factory in Clarendon.

Shaw said with the downturn in the sugar industry, the focus is now on appropriating former sugar lands to other areas of agricultural production. He said the Sugar Company of Jamaica (SCJ) Holdings now has hundreds of applications for thousands of acres of former sugar lands across the country, which are slated to be leased to farmers in general, including small-scale producers.