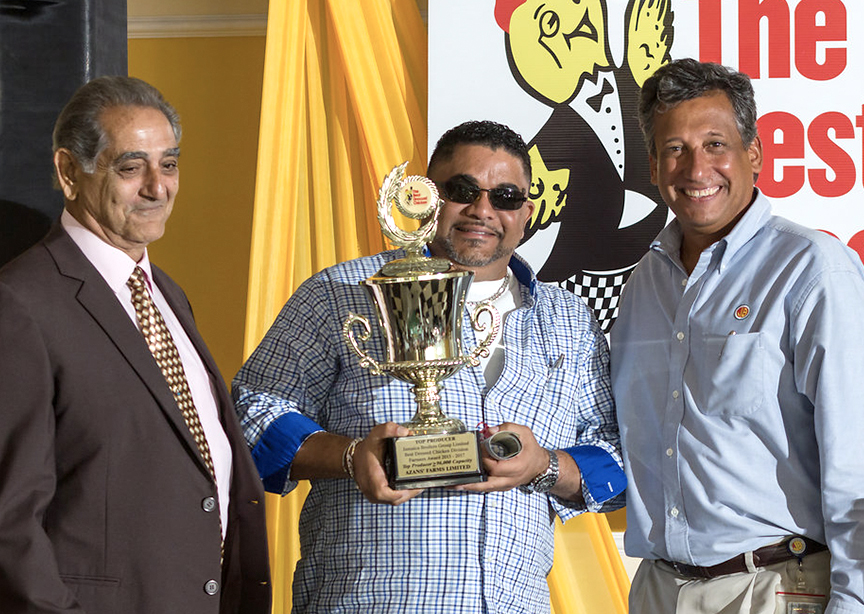 The Jamaica Broilers Group will be launching a national public education campaign to focus on the significant contribution being made by the local poultry industry to the economy.

The announcement was made by Conley Salmon, president - Jamaica Operations, Jamaica Broilers Group at the Best Dressed Chicken Farmers Awards luncheon held on Monday at the Terra Nova Hotel in St Andrew.

In commending members of the poultry industry for their professionalism and hard work, Salmon said the time had come for the wider public to better understand the industry’s impact on employment provided by the 60,000 contract farmers, over 2,000 large ones, as well as an increasing group of backyard growers.

“We are preparing a booklet which will highlight the poultry industry’s contribution to nation building, including the fact that farmers pay taxes amounting to about $46 billion a year, which help to maintain such social amenities as roads and schools,” he said.

According to Salmon, local broiler farmers produce between 2.5 million and three million kilos of chicken meat every week.

He said the local poultry industry is expected to bring in approximately $54 billion in retail sales in 2017, which represents about 50 per cent of the revenue from non-traditional agricultural products in Jamaica.

He said “over the past five years the layer and broiler industries, combined, have grown by close to 25 per cent - a remarkable achievement, of which we can be proud. This also speaks to the close co-operation between the government and the industries, aimed at feeding our nation.”

“They are the ones who leverage their assets and invest in their farms for the long term,” he said.