Fun in The Son gets new thrust 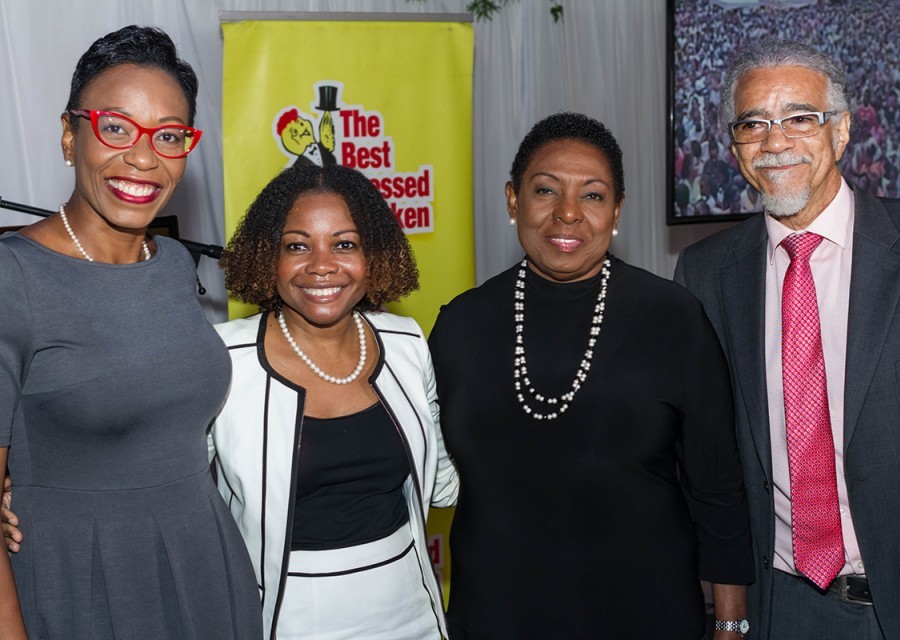 The rebranded Jamaica Fun in The Son (formerly Best Dressed Chicken Fun in the Son) had its launch at Terra Nova All-Suite Hotel in St Andrew on Monday.

The occasion, which took the form of a partners’ breakfast, saw several pastors and sponsors as well as headline gospel artiste Marion Hall in attendance.

Hall had guests shouting ‘Hallelujah’ at the close of a moving rendition of the song, We Need You, from her latest album His Grace.

Jamaica Fun in The Son is slated for National Heroes’ Park in Kingston on July 14. In addition to Hall, billed to perform are Carlene Davis, Kevin Downswell, Prodigal Son, Rondell Positive, Papa San, and Donnie McClurkin.

Conceptualiser Tommy Cowan of Glory Music said the event is the Church’s property.

“We believe that Fun in The Son does not belong to us. We want it to be owned by the Church; take it as your responsibility, make it into a movement. We believe that Jamaica can become what God designed it to be and once the support comes in and the people of God move together, then this can be achieved,” he said.

Major sponsors include long-time supporter Best Dressed Chicken. Rochelle Cameron, assistant vice-president at Jamaica Broilers Group, addressed the company’s association with Jamaica Fun in The Son 2018.
“Fun in The Son is not just about sponsorship value…we are giving an offering for the growth and development of Jamaica, because the event is a ‘Voice of Hope’. We are honoured to have been called upon [to support] again this year, because the work that is being done is important and so much bigger than any of us,” she said.

Other sponsors include the Jamaica Tourist Board; and the Ministry of Culture, Gender, Entertainment and Sport; the Jamaica National Group, and Sagicor.