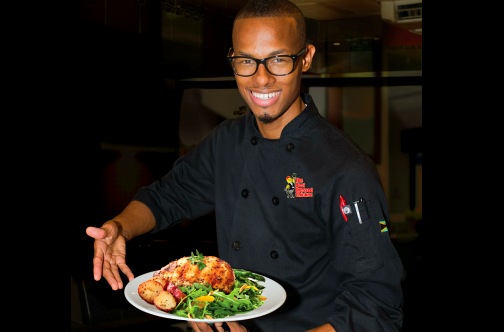 New year, new trends on the horizon! With an ever-expanding palate for all things epicurean, Thursday Life checks in with a few of our local chefs and caterers for their thoughts.

Jamaica Observer Table Talk Food Awards patrons were introduced several years ago by the Half Moon Hotel culinary team to playful foams, powders and jellies in lieu of more traditional textures — molecular gastronomy — a culinary technique combining the knowledge of scientific chemicals with food ingredients to create various versions of foods or cuisine. Although making waves across the globe for a few years now, Caribbean Broilers Group head chef Gairy Bowes and caterer Charissa Henry forecast a splash on the local scene in 2016!

“I definitely want to look into molecular gastronomy. It’s a method that, while drastically changing the texture of the food, does not impact the flavour. There’s a lot to play with there, like spherification, gelification and emulsification; it’s something that I’m really looking forward to seeing take off in Jamaica.” — Charissa Henry

According to chef Gairy Bowes, small plates are big business! Serving sizes that fall somewhere between an entrÃ©e and an appetiser are becoming more in-demand, and local chefs and caterers are taking note.

“People are craving high-quality meals rather than quantity,” says Bowes. An opinion shared by From Thought to Finish front woman Jacqui Tyson.

“It’s all about presentation this year. We’re going to have to go back to the drawing board when it comes to rethinking things like tablescapes and serving sizes. We are now caught between the present and the future, in terms of visual aesthetic and style, and unusual plate shapes are looking more attractive,” Tyson tells Thursday Life. “In light of this I anticipate a shift in portions; for example, rather than presenting the entire meal on one plate we’ll be doing things like breaking it up into small courses which, when combined, will make a complete and balanced meal with a more uncluttered feel.“

As our tastes evolve, so too will our methods of consumption. The concept of mobile cuisine is nothing new, particularly on the global stage, and with the advent of social media it has become increasingly easier to share up-to-the-minute updates with one’s audience. The rise in the popularity of mobile eateries can in a sense be attributed to the ease with which operators can share their location as they move from one spot to the next. Charissa Henry foresees a growth in numbers for food trucks on the local scene, and has every intention of staying ahead of the game.

“I love food trucks, and I’ve been thinking of joining forces with one of them and doing a few pop-up shops over the course of the year. I just know they are really going to be big locally in 2016.”