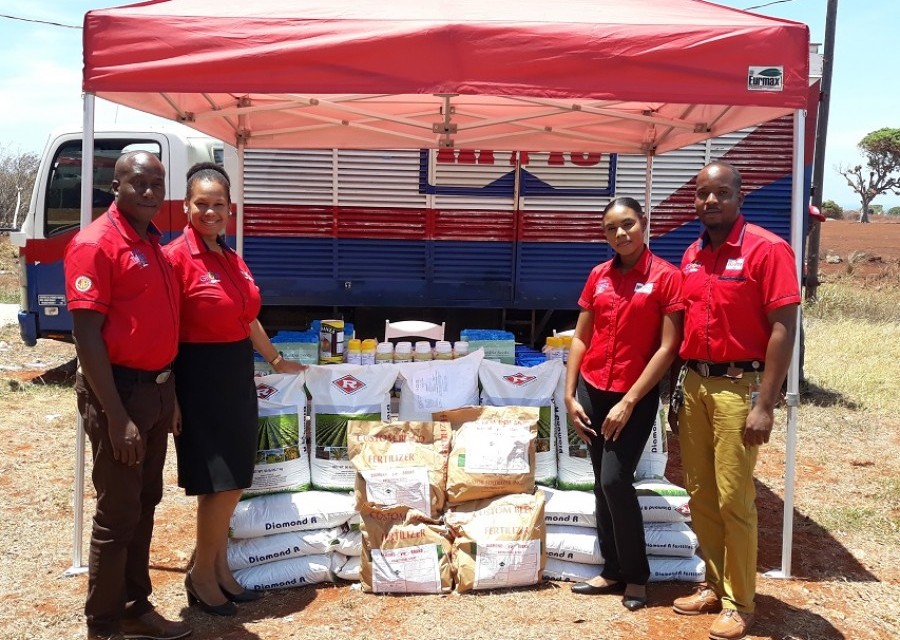 “I can’t complain. In Christmas week, Hi-Pro came and took some pictures of my farm and gave me things like fertilisers and so on. With their help I was able to sell over 35 pounds of honeydew melon in the week and I am very appreciative, because it has been very hard on us [farmers] after the fire,” said John Davis, a farmer of 42 years.

Back in August, Davis told the Jamaica Observer that he had lost six acres of “prepared land, grass and crops”, including cantaloupe and honeydew melons due to the fire.

The fire destroyed crops of melon, scallion, onion — mostly waiting to be reaped — as well as large swathes of grass for several other farmers.

Much of the damage was counted in irrigation equipment, including drip hoses and large drums (plastic and metal) used to store trucked water in the fields.

Another farmer in the area, Jemar Davis, told the Sunday Observer that he is also grateful for the assistance from Hi-Pro as he was able to sell over 900 pounds of cantaloupes over the Christmas season.

“It never too bad, and I want to tell Hi-Pro thanks for the help they gave me after the devastating fire back in August,” he said.