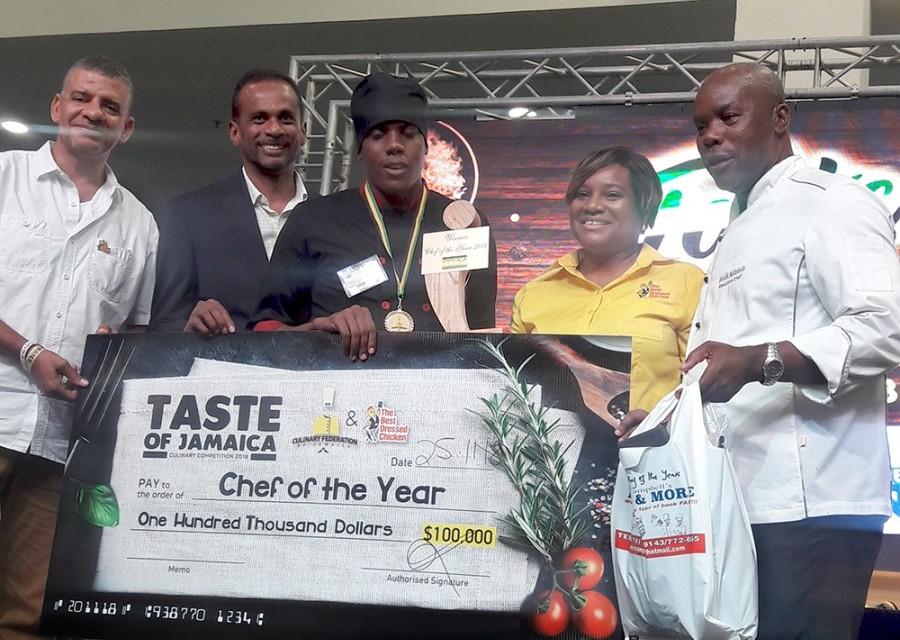 At 17, Steveray Smith had a choice to make. According to the law his mother laid down, he was either going to become an electrician, study business, or do food preparation.

The decision was easy.

“I loved the food preparation course in high school and often skipped classes to be in the food lab,” he says. Now he’s on a career journey defined by resilience, the kind that will no doubt lead to future success.

“I started experimenting with spices at the age of 12 and fell in love, especially with the flavour of ginger,” says Smith. He credits his mentor Odane Brown, food preparation instructor at HEART, who he met at Above Rocks Vocational Training Centre, with inspiring him to become a chef.

“Mr Brown is the one who saw my potential, who believed in me from the start,” says Smith. By the time he was 15, and with Brown’s guidance, Smith was spending most of his time cooking, learning classic techniques and developing his flavour instincts — ending each day showing off his growing skills at home in Cavaliers, St Andrew.

For Brown, who is impressed with Smith’s diligence, success in the food industry begins with raw ambition.

“Steveray is well-rounded. He is well-trained, creative, and takes keen pride in his work. He is destined for greatness because he wants to prove himself,” says Brown. “I’m here to support him.”

Smith’s first real culinary job was as a chef at a community cookout, and although it was nerve-racking, in the end he was proud of his work.

“I enjoy cooking Jamaican cuisine as it allows me to be versatile with the ingredients which are easily available,” he said.

To deepen his culinary training, Smith enrolled in HEART and completed the National Vocational Qualifications of Jamaica Level 2 certificate in food preparation. He is now working towards the Level 3 certificate at the Learning for Earning Activity Programme Campus.

“My dream was to go to The Western Hospitality Institute, but my mother did not have the money to send me there. But I think wherever I am I will do well, because I want to be the best,” he says.

Still, it’s hasn’t been easy for Smith. “I didn’t have the money to buy the ingredients for the last practical assessment at school; I had to borrow from a classmate.” The biggest challenge he faces is the negative comments from those who dismiss the idea that being a chef is a worthwhile career choice. He insists that the criticism will not detract from his dreams, and he encourages aspiring chefs “to continue the good work, keep motivated, remain humble, and know that the sky is the limit.”

In some ways, Smith has already reached/touched the sky. He won Senior Chef of the Year at the Culinary Federation of Jamaica’s Taste of Jamaica competition last year.