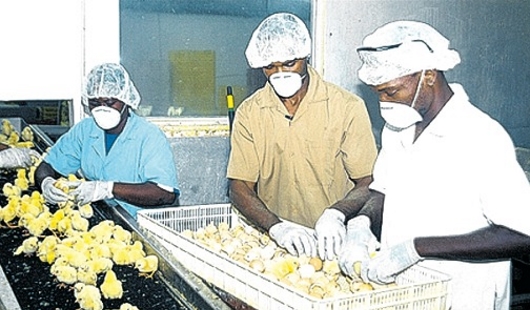 Earnings per share climbed to 36 cents per unit, up from 34 cents in the similar period last year.

Net profits, attributable to shareholders for the companywhich sells poultry and associated products, were $435 million for the quarter, up six per cent from $409 million last year.

The company, in its latest financials, said administrative costs climbed 21 per cent year over year, mostly because of costs associated with Iowa.

On April 5, Jamaica Broilers Group completed the acquisition of the hatchery assets of Welp Inc in Iowa, USA.

The new subsidiary, incorporated as International Poultry Breeders Hatcheries Inc, produces broiler and Novogen mainly for the US and Canadian markets.

It adds to JBG’s previous US holdings — Wincorp International in Florida and International Poultry Breeders in Georgia and Arkansas.

Distribution costs during the October quarter climbed to $333 million from $259 million, while administrative costs and other expenses surged to $1.68 billion, up from $1.4 billion in the similar period last year.

However, rising costs were offset by improved sales in all three business units — Jamaica, the US and other Caribbean territories.

Within the Jamaican operation, the normalised segment result (allowing for the effects of the disposal of subsidiaries) was $1.3 billion. JBG cited strong sales performance in poultry and feeds, as well as the effects of cost containment and improved production processes in the island.

Haiti Broilers SA, within other Caribbean operations, saw a jump in market share from 14 per cent last year to 19 per cent, with an increase in the production and sale of table eggs. Segment results were $174 million, up 84 per cent over last year.

In the United States where JBG sells fertile eggs, sales for the quarter amounted to $559 million — up four per cent on $538 million made in the similar period last year.

The company ended the period with net current assets of $18.8 billion, compared to $15.68 billion in October 2015. Cash and cash equivalents at the end of the period were reduced to $1.08 billion, down from $1.54 billion last year.