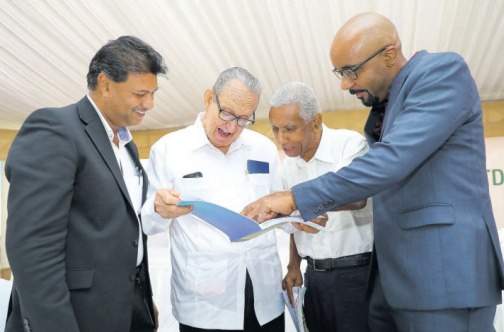 The directors of Jamaica Broilers Group (JBG) sought to calm the fears of at least one minority shareholder that the company might be heading back into private hands owing to major shareholders purchasing large blocks of shares in recent times.

The shareholder in question, Orette Staple made his concerns known at the company’s annual general meeting on Wednesday, held at JBG’s Content, McCooks Pen, St Catherine corporate office.
The concerns became apparent when Director Emeritus, R Danny Williams, who chaired the meeting in the absence of JBG Chairman Robert Levy, admitted that he recently bought just over one million company shares.

This admission came in the midst of Staple expressing ambivalence regarding the management of the JBG buying back a large block of shares last year that became available for purchase when a major shareholder decided to sell. The buy-back was said to be a strategic decision taken by the group with the shares being vested in a Shareholders Trust, which serves to benefit all shareholders.
There have been notable gains during the 2019 financial year from the increase in value of JBG shares held by the Shareholders Trust, which is operated by three trustees, two local and an American connected party.

Staple observed that “of the 1.19 billion of the issued share capital in the company 62 per cent of that amount is held by 10 entities — but most of the shares being traded are done by the minority of the minority shareholders.”

He added, “Mr Chair Jamaica Broilers is buying back their shares so when the minority shareholders trade on the market, it goes back into (Jamaica) Broilers and what is happening is that over time. probably shortly, the possibility exist that (Jamaica) Broilers might very well say OK we have the required amount to delist because they have enough shares on the market.”