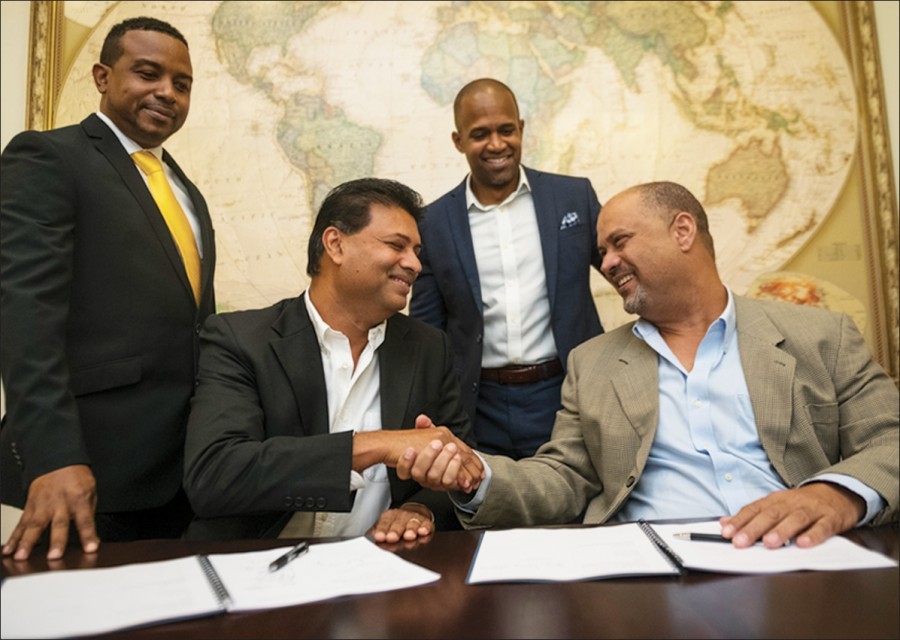 Jamaica Broilers Group Limited (JBGL) has sold its US$10,571,428.57 loan to West Indies Petroleum Terminal Limited (WIPT) to the Bank of Nova Scotia Jamaica Limited (BNS) in a transaction arranged by Scotia Investments Jamaica Limited’s (SIJL) Origination and Capital Markets Unit. WIPT is a subsidiary of West Indies Petroleum, the Jamaica-based bunkering and fuel Logistics Company. Discussions between JBGL and WIPT led to this engagement with SIJL, and after the requisite period of due diligence, the loan was sold. This is a further endorsement of the WIPT business model and management.

In June 2016 JBGL sold West Indies Petroleum, South Terminal, a 600,000 barrel fuel storage facility located at Port Esquivel on the south coast of Jamaica. As part of the sale, JBGL provided a seven (7) year loan to WIPT for a portion of the overall purchase price. WIPT has not only met all of its obligations to JBGL under the agreement, but in addition it made substantial “early” principal payments during 2018.

With owned and leased storage in excess of 1.5 million barrels, West Indies Petroleum is the largest bunkering company in Jamaica and is rapidly growing into a major supplier of gasoline, diesel and other distillates to Jamaica and other regional markets.

Dylan Coke, Vice President of Origination & Capital Markets at Scotia Investments said “We are grateful to JBG for the opportunity to structure a transaction whereby JBG was able to monetize its holdings of debt issued by WIPT and also allow a new investor to take over what had become an extremely attractive asset given the strong performance of West Indies Petroleum”.