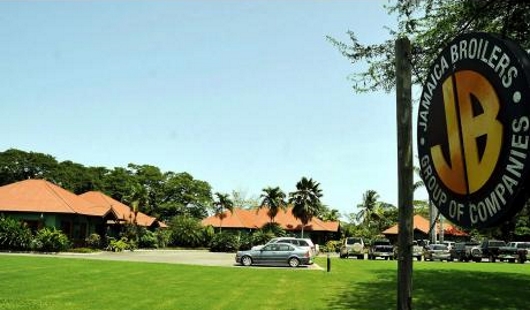 Published in The Jamaica Gleaner

Over six months ending October, the company earned $845 million on revenues of $20.4 billion, or 17 per cent higher profit year on year. That equated to earnings per share of 69 cents, up from 61 cents.

The poultry group operates in three geographic segments. The Jamaica operations made more revenues but less profit, while the US and other Caribbean operations earned greater revenues and profit.

Total revenue for the second quarter stood at $10.4 billion, up from $9.2 billion a year earlier. The growth was sufficient to cover the rise in administrative expenses, which totalled $1.6 billion.

In terms of gross profit, Jamaica earned $842.7 million from $15 billion in revenue over six months.

“Jamaica operations reported a normalised segment - after adjusting for the effects of the disposal of subsidiaries - of $1.3 billion. We produced a strong sales performance in poultry and feed products when compared to the prior year, and we continue to focus on our cost containment strategies and continuous improvements in our production processes,” said Jamaica Broilers.

The disposal related to the company’s ethanol operations. At the end of June, JBG agreed to sell its shares in ERI Services St Lucia to West Indies Petroleum Limited for US$4 million. ERI Services was the holding company for subsidiary JB Terminal (Port Esquivel) Limited, formerly known as JB Ethanol.

Haiti Broilers wrapped up the period with 19 per cent of the table egg market, up from 14 per cent at the end of the second quarter last year. Haiti Broilers falls under the ‘other Caribbean operations’ segment, which made gross profit of $666.8 million from revenues of $930 million.

The US operations, which sells fertile eggs to the broiler industry, performed as expected. It made gross profit of $558.9 million from $6.4 billion in revenues.