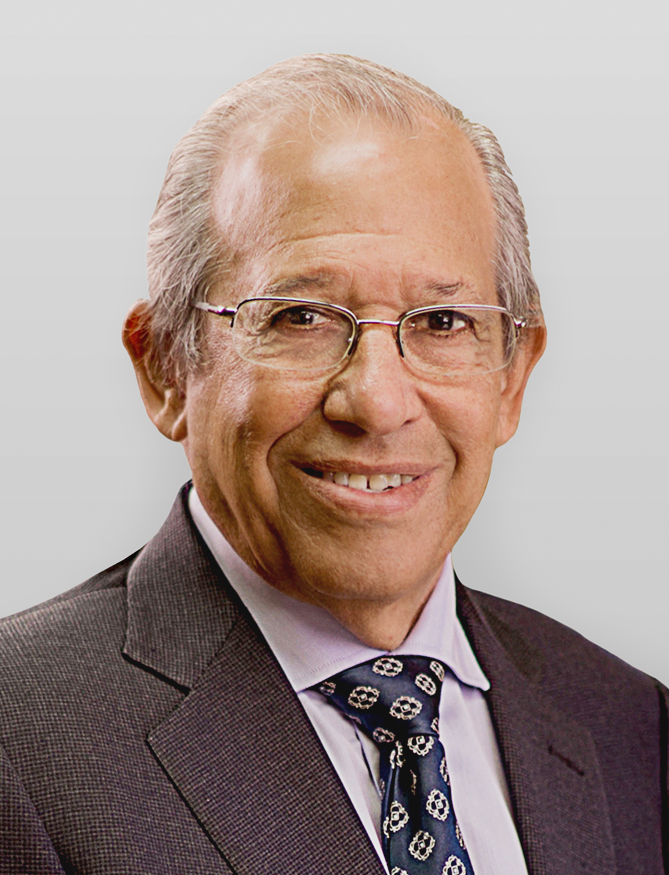 Robert Levy joined the Jamaica Broilers Group in 1959, one year after its inception. Throughout his over 45 years working in various capacities within the Company, he was appointed as joint CEO in 1994, President and CEO in 2001 and to his current position as Chairman of the Board of Directors since 2009.

His longstanding, passionate commitment to the agricultural industry in Jamaica, has made him a distinguished expert in livestock and crop production. He has served as Chairman of the Sugar Company of Jamaica and was recently inducted into the Caribbean Poultry Association Hall of Fame. Robert was also awarded the National Honour of the Order of Distinction in the rank of Commander for his contribution to the development of the Livestock Industry and has received several accolades in recognition of his astute entrepreneurial and philanthropic efforts towards nation-building. Also of note, was his induction into the Private Sector of Jamaica (PSOJ) Hall of Fame in 2015 for his involvement in commerce and his sustained innovative contributions to the development of the private sector for over 25 years.

While actively involved in his church, he also participates in several community and youth development programmes. He has been married to Judy since 1964 and has four adult children – Christopher, Wendy, Amanda and Stephen.

Robert Levy is a graduate of the Harvard Business School where he completed the Owner/President Management Programme.